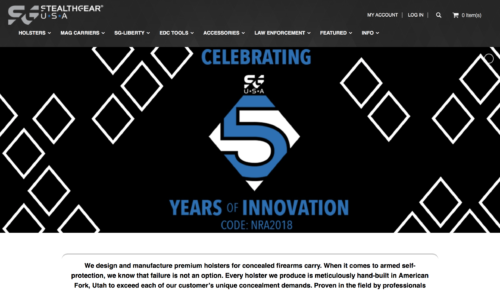 Stealthgear has become one of our favorite clients because Stealthgear gave us the opportunity to shine. The Stealthgear team had been burned by two previous web development companies and had a crisis on their hands. Stealthgear was struggling to see the light at the end of the tunnel with a  site that was barely functional and losing sales. We were able to formulate a plan, execute said plan with an aggressive three-week timeframe addressing all of Stealth Gear’s critical needs. Full Magento Build in Three Weeks?? Unheard of. Slashing their hosting costs while providing Stealth Gear a better hosting provider, improved load times, replaced defective and poorly conceived systems. These significant changes we made for Stealth Gear increased conversion rates, addressed user retention issues improving Stealth Gear’s website retention by 20%. Our build included overhauling and rebuilding Stealth Gear’s site from the ground up, we take pride in saying we did everything we could to create a stable foundation for Stealth Gear to grow their web presence.