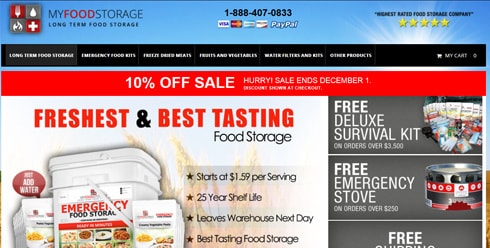 My food storage site was a fairly major project to take on. We approached this project as a ground up replacement for their out dated site that had been worked on by developers that were lacking in their skill set. The result for them was a strong and stable platform with a clean modern design focusing on opening up the mobile market to them. Within 30 days of launching the new site we saw dramatic increases in mobile conversion rates and purchases. Further because Magento was setup properly we were able to increase their market reach cost effectively by creating multiple store fronts from one Magento back end. The project was a resounding success.